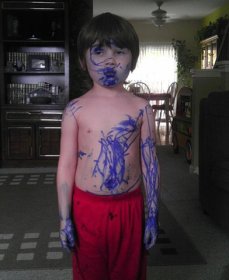 It’s cold, but the day is bright and the air clear. I’m sitting in a field, behind a long row of trees that block my view of the road (St. Clair). The reason it’s so cold, probably, is because of the wind, which keeps the trees constantly in motion.

A woman interviewing for a job (on her cell phone) moves from a table near me, in the shade, to one in the sun. I am not keeping close tabs on her, but as I look up, to confirm the preceding sentence, I see that she has moved again, alighting on a park bench further away from the second table, where two people have gathered. She’s very far away, now.

I don’t know if anything I wrote yesterday is true. My therapist, today, raised the question of whether or not “acting like an aristocrat” isn’t just intellectualizing my sadness, in other words another way of putting it aside. I think that’s right, but I felt better writing that blog entry than I think I would have distracting myself with anything else. Even if I’m wrong, it’s worth it, I think, for the feeling of productivity, and to engage with my feelings on any level. My writing, anyway, can always be revised.

She also wondered whether sadness can really be “noble”. I agree with her that sadness is a feeling like any feeling and that it should not be fetishized or prized above others. I think I feel that it is noble to express sadness because sadness isn’t a feeling I’ve had much familiarity expressing; I may feel, even though I know it’s wrong, that the reception to sadness is necessarily hostile.