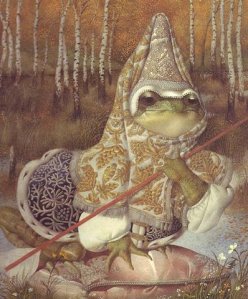 Conversation at a literary party, with X, about Roberto Bolaño (multiple conversations that night about Roberto Bolaño, everyone having read something by Roberto Bolaño, everyone having a personal relationship with Roberto Bolaño)—it comes out that X doesn’t like Borges. “Didn’t care for Borges.” But she read Borges before she read Roberto Bolaño, she says. And she might like him more now. As if everything, even Jorge Luis Borges, comes from Roberto Bolaño. As if Bolaño’s rotting corpse were a garden and its twisting vines bore the fruit of all literature. Even Jorge Luis Borges. I can’t believe it. I think of the city in Borges’s story “The Immortals”, its halls of madness, its heroes and champions lying melancholic in their pits. That melancholy is Roberto Bolaño, I think, and it belongs to Borges. But it’s not really Borges’s either—it comes from the pampas, Hernandez’s pampas as opposed to the real pampas; music from guitars played by thugs; and more conventional sources, such as The Arabian Nights, Homer, Schopenhauer, and Burton’s Anatomy. It is the feeling Viking sailors had as their longboat cruised through impenetrable fog. It is the feeling one has when wandering a vast library for the first time. It belongs to both Roberto Bolaño and Jorge Luis Borges and everyone who came before and everyone who came after.

I don’t know how to resolve this post. I’m editing it over a month after its first draft, a first draft I’m not happy with. In that draft I said that the above melancholy had something to do with the rupture introduced by the understanding that things which do not exist do, in some sense, exist. And that their existence suggests that they exist at least insofar as we exist. That their existence—even if in only the most abstract sense—casts doubt on our existence, even though we are concrete and they are not. Even though we can be touched and concepts cannot. I’m not happy with what I wrote that first time and I’m only slightly more happy with this draft than I was with that draft. In any case this is what I feel both Borges and Bolaño understood.