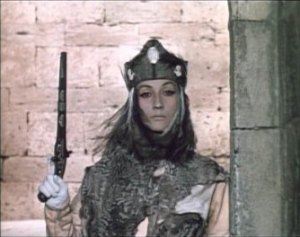 I’m in the shopping mall and I’m walking Randy in the shopping mall and no one is going to stop me. We are moving quickly today and I doubt that Jeff or even Candice will be able to catch us. I have him on the short leash and so when he stops to give a table a quick sweep of his tongue or to bark at a misbehaving child I tug on it hard and we don’t pause for more than a couple seconds. Randy is a big dog and he could tug against me if he wanted but above all he is good and he knows not to cross me. I am his master and I bring him food and give him a place to sleep and today I am walking him in the shopping mall and that is all that he knows or ever will know about it.

This shopping mall is not very big and I could walk from one end to the other in no time at all and get out before they even begin to load the security tapes in the VCR but today I have decided to do laps. I decided to do that just now walking past a leather store and noticing the profile of a woman’s leather boot out of the corner of my eye. Oh how that profile breaks me and reminds me that there is no one for Randy and I to come home to. Oh how that boot brings me to me and Darlene dressing in my cramped entranceway, dressing and undressing, undressing mostly, the smell of food and the warmth of the bed beckoning. I’m walking so fast people are spinning left and right and Randy is barking but I keep tugging on his leash saying Randy, Randy, C’mon Randy, and he is keeping up a respectable clip and here comes Jeff and I ask where Candice is and he says she’s sick and I say Thank God because she doesn’t have that gut on her like Jeff does and Jeff is wheezing and I am in no danger of slowing down because I am fit and I keep my body in shape through exercise.

Randy, Randy, Randy shouts Jeff and he is a bad dog and a Turncoat because he starts to tug against me and pull towards Jeff who is fat but wiley. I see Jeff coming up now and I’m pulling Randy as hard as I can but he locks his legs against mine and throws his entire body into the leash while his tail wags behind him beating against my legs. No Randy, No, I say trying to correct him but he has his heart set because Jeff always spoils him so I have no choice but to let the leash go and watch as Randy loses his footing and spins out on the floor and recovers and barrels into Jeff knocking him off-balance.

Randy, Randy, I call but I don’t stop running and I’m tired of laps and so even though he doesn’t turn from Jeff who is struggling to find the leash I keep on running and head outside where the cold air catches in my throat and the sun blinds me and I’m forced to stop and catch my breath while Jeff comes up and puts his arm on me and puts Randy’s leash back into my hand and says the mall is closing soon and says if I want to wait he’ll drive me home to where I live without Darlene.

Last night at the Starbucks, a question, an assumption: “You live in Orangeville, right? You grew up in Orangeville?” And then asking for directions. How could anyone presume to know anything like that before even saying hello? Do I really look like I’m from Orangeville? It must have been a question designed to provoke further questions, such as “Where are you from?” or detailed answers, like “No, not really—I’m not actually from here, and I barely know this area, and even if I did grow up in Orangeville this place isn’t more than a few years old, and it’s almost a miracle when I find it, always.”

I couldn’t place her accent—Ottawa/Hull? Calgary? Windsor? Kingston? I have no idea, and my memory bank of accents, Canadian accents, rural accents or the accents of small towns, is decidedly limited. If she were from Jersey, from Nebraska, from Montana or Georgia or West Virginia, I could better place her, but I’m certain that she wasn’t. Something definitely Canadian about her, in I think a kind of softness (softness to what? softness to aggression that doesn’t come?), and in her clothes: fashionable, but not edgy; tame, maybe even boring. Grocery-store fashion. With glasses like mine, and a nose ring in one nostril. No desire to make a statement, no desire to say anything, even though, on another person, the glasses and the nose ring could be statements (the glasses aren’t, on me: only ever accidentally). The anonymity of Canadians. A virtue. It will serve us well.

The Canadian moves quietly from district to district, passing unseen through city streets, through the homes of the rich and powerful, through police stations and army depots. The Canadian is a master of deception: hailing from towns as featureless as the snowy wastes of which she has spent her entire life dreaming, she is blank canvas ready to take on whatever life sends her way. The Canadian will dominate the coming age, dominate from backstage, even as he loses his featurelessness, his Canadian essence, dissolving as sugar in the rain, becoming something else, Canadian no longer.

I hate Canadians. No, I have no opinion about Canadians. I imagine that the lives of Canadians are easier than mine, but I don’t know what that means, or even who counts as a real Canadian. I’m confused. I’m confused and sad and this post doesn’t make any sense and is describing a feeling that I can’t articulate because it’s bankrupt. I am Canadian. I am anonymous. I like how unassuming Canadians are, and yet I also don’t believe in nationalism and would never go so far as to suggest that Canadians are unassuming. I like this culture, generally: but it is a culture different in the Annex and in Etobicoke, different in Caledon than in Toronto, Caledon and Longlac. I haven’t really left Ontario. My country is literature, which has no accent because it is mute.

This is a new post. I’m writing this post in the middle of the same coffee shop where I always sit. I am in the above photo, at the furthest point from the camera, behind the counter of the reception area (I am not sure you can even see the reception area in this photo). That’s why I saved the photo to my computer.

Above the square-dancing residents of Dufferin County hangs a wooden sculpture of a killer whale. It’s not there anymore. Now it’s hanging in Kingston. It’s not, as one guest speculated, that dinosaur that begins with “I… Ich…” It’s not an Icthyosaur. It’s a mammal. It’s not even anything, really, just cedar shaped into something it is not.

Somehow this wordpress window feels more real than the coffee shop I’m sitting in. I’m not sure if that’s true, but it feels like I’m acting more directly on this wordpress window than I am on my environment at the coffee shop. I have about five pages left in Tao Lin’s Taipei, a book I read ~120 pages of in June and ~120 pages these past two days. But I didn’t bring the book with me—I left it at home.

I think I agree with Bret Easton Ellis that Taipei is a boring book. It’s not a bad book, but it is a boring one. I think it is the worst book by Tao Lin I have read so far, but I’ve enjoyed all of his books, so I don’t know if that necessarily means it is terrible. Who puts down a book with only five pages left? This is an indication that it is boring.

If I were Tao Lin I would not have thanked my editor in the acknowledgements, because there are one or two sentences that don’t resolve. Or maybe they do resolve but I would need to see them on a Macbook to understand them. That’s fucked. It’s not like reading The Turn of the Screw or something, or, like, Gertrude Stein, in which you know the sentences are “correct” or “resolve” and you just let them wash over you anyway. It’s not like reading dense criticism. Or Derrida, who you can hate for his sentences (though translated, I guess) but understand that they at least make some kind of vague sense. There are just some bad sentences.

Okay, if I were Tao Lin I would thank my editor because he probably had a lot of work to do. Maybe those sentences were “stet” by Tao Lin and I’m just “dense” or something. (I don’t think I’m dense.)

Why did I pick up Taipei again? Why was I suddenly so motivated to finish reading it? By way of answer I’m going to tell a story about a butcher who practiced “in ancient times.” I think I read about him in some kind of Buddhist text, whether it was a primary text or just a commentary, I don’t know. This butcher was able to take apart an entire animal with almost no effort, because he understood where to put his knife where it would meet with the least resistance. A good butcher would have to change his knife every 5 years but this man, who was now quite old, had used the same knife since his apprenticeship.

What I’m trying to say is that if you wait for the right moment, sometimes things come easier to you than if you try to force it. I think there is a book for every moment.

(Of course there is value in reading through something you don’t want to read, because you come to understand something you’re not accustomed to.) 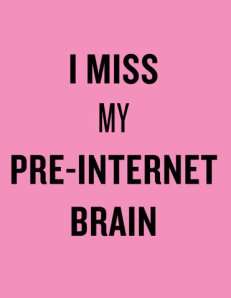 Quickly, the Okie minister and his wife ascend the steps leading into the clapboard church. It’s just as they feared. The wife grabs a broom from the supply closet while the minister pours toxic fluids into a bucket. Oh my god the rest of this was going to be about the congregation having turned to lizards and the minister (why Okie? I don’t know) and his wife burning down the church or something. They had hoped their prayers would have turned the congregation back but they don’t mess around when god doesn’t do something for them they take care of it their damn selves they don’t wait around for a miracle. Then they would travel the world as a husband-wife monster destruction team because I guess monsters are everywhere in this crazy world and these two are extremely tough and capable. To air Wednesday nights on the WB. But I hadn’t planned on getting anywhere near that far, okay? Not even close to that, honestly. To be honest, my brain kind of hurts.