Whenever I’ve left the house today, it starts to rain. I feel like a lizard, tightly coiled, somewhere in the centre of the earth. I don’t know who I’m writing this blog for or why I’m writing blogs, since I haven’t shared this blog with anyone I know. Something about this whole enterprise seems suspicious to me, but I don’t know any better, so I’ll keep doing it. (This will likely be my last blog.)

I guess it’s the rain that chased me out of my burrow. I just checked my horoscope, and it said “The doldrums are over and it’s time to pick up the pace, Taurus. Come out of your house in full regalia today.” Accurate in the sense that yesterday I didn’t leave the house and today I did leave the house. But I feel like I’m still hibernating, somehow.

What I really feel like doing is pulling a blanket over my head and sleeping, or not sleeping and just sitting in the darkness and listening to the rain. A cliché feeling, but that’s what I probably should be doing. But even if I was home, I wouldn’t do that. I’d find some way to use my time in a way that would make the next day feel like it hadn’t happened at all. That’s what I want to do, and what I’m doing. When night comes, it’s a surprise.

Looking back, I can’t remember the day that I lost. It feels like it never happened. I’m not sure why I want to achieve this feeling. I guess it’s better that I don’t use drugs, unlike “Paul” in Tao Lin’s Taipei, who seems to use in order to obtain a similar experience. Although, to be fair, Lydia Davis seems to watch television to achieve the same effect and she doesn’t seem any less depressed as a result. In fact, she might seem more depressed, because with drugs at least you have to integrate yourself into a kind of culture in order to procure them and to make their use meaningful. Although I guess you might come to hate all of those people.

I honestly feel better when I’m writing or reading, especially books that seem to be written by or for depressed people. But right now I don’t want to do either of those things. Oh, I don’t know, maybe I do and I’m just having a kind of tantrum. “I feel unattractive and suspicious of everything I do,” is what I’m telling myself right now. I also feel a very profound sense of oblivion. I know that for some reason I want to maintain this feeling instead of dispelling it, and that’s what I’m doing. Input becomes output. I believe that, although I reserve the right to ignore it at will.

In The Wind-Up Bird Chronicles, Toru Okada is instructed to do everything in extremes. “When you’re supposed to go up, find the highest tower and climb to the top. When you’re supposed to go down, find the deepest well and climb to the bottom.” Maybe that’s how I feel—and what I’m not doing. Probably I should get even lower. Instead of climbing out of my hole, I should dig a deeper one. 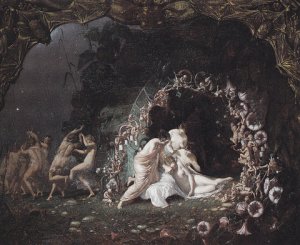 Letter to a Portrait of a Dead Relative

What I Need to Do to Write the Story

I’m not at home. I’m writing a story. The prose I am currently writing is leaden. It’s been a couple days since I’ve touched it. I am afraid to take risks, I am unwilling to re-enter the story. I am afraid to re-enter the story? I have something else on my mind right now. What do I have on my mind? I don’t know, because I haven’t stopped to discover what it could be.

I interacted with someone here. The face of the person I interacted with terrified me. I don’t know if it was the face itself or the fact that I had something to say to them. I felt incorporated or involved in something that I didn’t understand. I’m something I don’t understand. I looked away while I was speaking to them. I do it all the time. When I look away, I’m being dissmissive, I’m asserting my dominance over the person I am speaking to, demonstrating my displeasure, undermining my ability to have a conversation. It is easier, I guess, to pretend not to have anything to say to someone or to pretend not to have a responsibility to them than it is to speak to them.

What I’m worried about is a very minor thing.

The last time I had an interaction with that particular person it was something approximating a conversation. I had something to say, to introduce, in the name of generousness, in the name of carnival, in the name of pageantry. It was absolutely not a conversation. But it was an attempt, at something generous, without any expectations aside from purely social ones. But even so, I didn’t fully introduce myself into the situation, I kept at a remove, I remained coiled like a snake or a spring, ready to disappear. What would it mean to not be like that, to integrate or allow the possibility of integration?

To ask questions about people, to ask questions that reassure them that I know they have a past, that they are individuals, that in that respect I believe we are equals, that there are boundaries between us that to respectfully probe would mean that I am not making presumptions about them.

Where am I? I don’t know where I am. A child is crying. The same radio station as always is playing. The same songs. The font I chose for this document is extremely small. I guess I feel like hiding, like I’m guilty or ashamed for writing this. Because it’s vaguely critical or vaguely revealing? My head hurts and I’m imagining nothing. A child is choking. Choking to death? No, hardly. He just threw up on the floor.

The issue that I have been avoiding all day is this: I’m worried that, as my life is currently constructed, I won’t be able to give up the desire for validation. To live like that is to live like a child. Children ask for approval. Adults do what needs to be done. I have lived like an adult. But I’m not an adult now, except biologically. I’m waiting for something, from someone, from anyone, and I am filled with disgust at myself for waiting for it and not pressing forward in a direction which would mean I was leaving my childhood behind me.

The story cannot proceed while I feel this way. Or, rather, the story can proceed, but I let it die. Rather than attending to the story I look for approval: approval of the story, approval of anything. In order to preserve the story, as it’s growing, I need to make absolutely sure that it isn’t neglected, that I don’t privilege other forms of validation. That I make the time for it regardless of my circumstances. That’s the only way to see it through to the end. 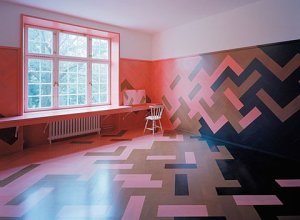 Letter Addressed But Not Sent

I feel like negating
Myself, okay?
This morning I dreamed
I was the leader of
A vast space empire
And later that day
I had conquered that
Shrink-wrapped universe
On the phone you said
Something on the line
Was garbled: I said
Can I call you back?
But I never put down the receiver
My record in the game
Is twelve turns
Twelve turns
From where I stood this morning
The red sky reflected
On your window
Looked like a gigantic slug
Capable of travelling
Enormous distances
A gigantic slug
Passing through time and space 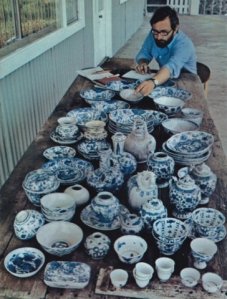 I feel like a science fiction universe
after everything
[  ] a cicada, a fibreglass

“Tomorrow [  ]
if only one
could be ignored” 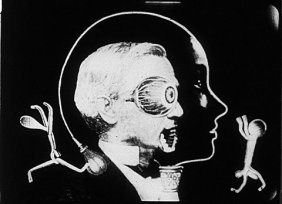 I might be wrong, but there seems to be an understanding at the museum that things “come easily to me,” that I am “relatively unaffected by trauma,” that I have had a “straightforward” or even “uninteresting” or “sheltered” existence. They have a nickname for me, “Clark Kent”, which I don’t resent, because I have been told before that I bear the resemblance, with my glasses anyway, but I think the persistance of the nickname, that particular nickname, gives the above hypothesis weight.

Their conclusion is obviously wrong, but thinking about it now, it does seem as if I’ve done everything in my power to give that impression. I don’t feel comfortable, I am happy there but not yet comfortable. Because I’m not comfortable, I deflect everything, without even realizing it (to my consternation, later), so that I give the impression of being perfectly smooth, without friction, crag, or hold (a “neuter”, sexless, image; an abstract person).

I know that to hold anything back (in the way that I have explained) might be an “immoral” act, a means of control, even though I’m so anxious it feels like I can’t do anything else.

It’s ironic that now I should give this impression, or maybe not ironic but logical, considering what I’ve been through. A traumatic experience followed by a year in fairy land (“fairy land” in the Nabokovian sense, land of dreams and fantasy, quixotic and destructive).

It occurs to me, now, that Clark Kent has a secret past, a double-identity, an anima, and I wonder if that has occurred to anyone who has called me “Clark”. Maybe that’s one of the reasons the nickname seems, without effort, to “fit” (more important than any other aspect is its unconscious resonance). Here’s another weird thing—I am not a clumsy person, but in the past two weeks, I’ve knocked over a cup of tiny beads and a mug of tea, and bumped into countless other things, and only in front of other people. Clark Kent is always doing the same, we are meant to understand as part of his disguise, but what if it were incidental, from the intensity of his effort to deflect suspicion or attention, from his desire to literally “act natural” (ie, unlike Superman), to fit in? 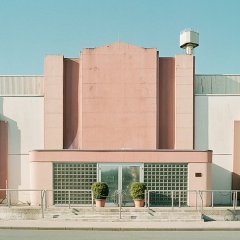 Letter Sealed in an Envelope

The most effective method
Of committing suicide
According to a website
I once read
Is to imagine a world
In which nothing else exists
Where children do not
Walk to school
And mothers move in an
Elegant procession of
Complete emptiness
While the ghostly voices of fathers
Echo off nothing
And the roads
Have forgotten cars, as well as
Themselves
Where building sites resonate with
The void
And maybe the whine
Of a single hammer, vibrating
At a low frequency
Because it was once dropped
From a modest height

I’m Writing Poems No One Can Love

But there’s no need
I’ll go the other way
I feel a massive confusion
And a corresponding tingling
In my left frontal lobe
That part of the body
Otherwise known as
The desire to be
Wiped out, by
Flash floods, strokes of
Lightning, fluke
Dissolution

Why Am I So Terrified?

Across town, a herd of elephants
Tries its best to crush
The overturned minibus
As slowly as possible
Enjoying the feeling:
Their under-moisturized
Grey feet, the
Tourists’ squishy heads