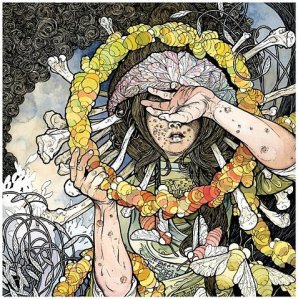 Wednesday. I drove. I used Adobe Premiere. I used (and temporarily broke) Garageband. I burned out my eyeballs looking at a computer screen.

I went to the museum. I left my camera at the museum. I picked up my camera at a Tim Horton’s. I used programs on my computer. I burned out my eyeballs looking at a computer screen. I started reading “The Case Against Reparations” in the new issue of the Atlantic.

I watched Gimme the Loot on Netflix. I finished Hill William on a subway train. I waited until 1:30 in the morning to even think about starting this. I question the value of doing this if I’m going to treat it so cursorily. “Some pilgrimmage.” I need to work harder. I am having difficulty concentrating, focussing, remembering details and being present. I wonder if I should consider eating meat again. I believe I am having testosterone issues. The internet says I should stop eating sugar and eat fish or red meat. And/or do high intensity exercises, which I don’t know if I want to do. I’ll cut down the sugar and wheat anyway. I am considering taking a supplement but I am also tired of supplements. I want to pump that sweet zinc into my blood stream. I want my fucking brain back. Eating fish flesh is better than rotting on the vine.

Will God forgive me, tho. According to the Creation Museum, God is the reason that all animals eat flesh in the first place, because he was pissed off at Adam or something (in the literature at the Creation Museum I noticed it is more Adam’s fault than Eve’s, because, you know, patriarchal tradition I guess). So, God’s fault, I guess. He better forgive me. But God has nothing to do with my decision.

Brain, activate. My brain is telling me to tell you that I use underlines, mostly, ironically. Ironically? I like the effect sometimes, I shouldn’t lie. It’s not ironic. But the aesthetic pleasure I get from using underlining maybe has to do with the fact that underlining is basically obsolete and frowned upon in minimalist typographic circles and is both almost totally superfluous and an affectation that recalls days of extreme privation (typewriters). Is that irony. This has nothing to do with anything, except to say that I’m super fucking privileged.

Gimme the Loot is the best movie I’ve seen so far this year. It is about two poor, black grafitti artists trying to put together $500 to get into Citi Field early enough to spraypaint the plastic apple that pops up after every Met homerun. Near the end of the movie the two artists are standing on a streetcorner watching the apartment building of a private school kid they were hoping to rob. They watch as she climbs a ladder up into a water tower and disappears. It is a perfect metaphor. She might as well have climbed into the moon.